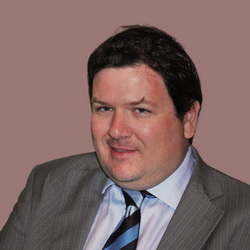 Mr. Kores is a Public Accountant from the University of Buenos Aires (UBA) and has a Masters degree in Business Management from Universidad Católica Argentina (UCA). He is a financial expert of the Financial Action Task Force of Latin America in mutual evaluation on money laundering and terrorist financing issues.

He is a founding partner of FIDESnet–Professional Advisory.

Mr. Kores served as an advisor to the board of the BCRA, with an active role at international congresses, meetings and forums, such as the IMF, the World Bank, the U.S. Department of the Treasury, the U.S. Federal Reserve, the Latin American Banking Federation, Association of Supervisors of Banks of the Americas, U.S.-Latin American Private Sector Dialogue (US-LA PSD), the Central Bank of Uruguay, the Central Bank of Brazil. He has also served as coordinator of several technical assistance and training programs for a number of national and international institutions.

In addition, Mr. Kores has been an advisor of the BCRA’s Vicesuperintendencia de Entidades Financieras y Cambiarias (BCRA) and has formed part of official missions, Argentinian and the BCRA’s delegations at plenary meetings of the FATF and the GAFILAT. He has been coordinator of the Mixed Commission to Control Operations Associated to the Laundering of Money derived from Drug Trafficking (Law 24.450) and a member of the OAS Group of Experts for the Control of Money Laundering (CICAD/OAS). He has served as a Senior Auditor at PwC’s Assurance & Business Advisory Services in the Financial Services Industry and as an instructor and coordinator of in-house training courses on financial institutions auditing.

Mr. Kores has served as a technical advisor of the School of Business (UCA), the director of the Certified Program on Banking Management (School of Business – UCA), an instructor of the “Specialization Program on Accounting and National and International Auditing Regulations” organized by CPCECABA and a professor of the Schools of Economics of UBA and UCA. At present he is a full professor of Auditing and Control (Banking Organization Degree – School of Economics – UCA).

He is a member of the “Studies on the Prevention of Money Laundering and Funding of Terrorism” Committee of CPCECABA and of the Argentinian chapter of the ACFE.